This is turning into a diary, but I hope it’ll still be interesting.

Today I woke up feeling not that good, and I had no energy, so I waited until I started feeling decent, before attempting to follow my curiosity.

This week I’d been returning to the idea of playing Heroes of Might & Magic 2, because it’s nostalgic. 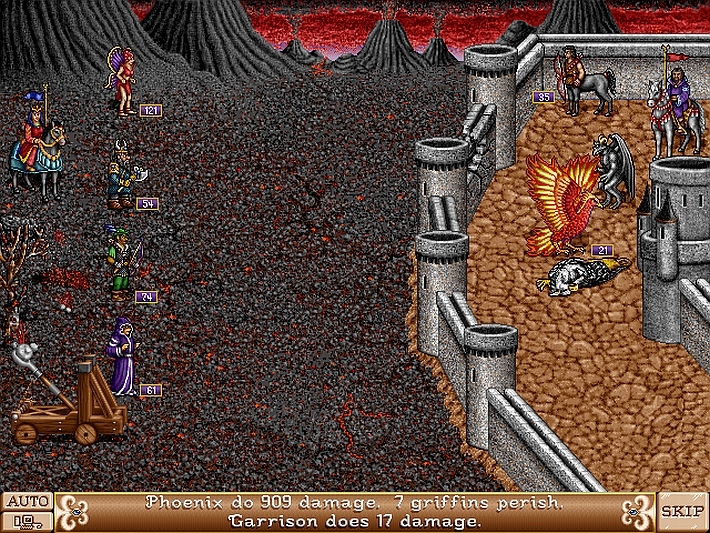 But, despite wanting to play it, I did other things instead. Usually, I don’t start doing things that I want to do, when I want it. It’s a bad habit of mine. I told myself that I won’t like the game and that it’s a hassle to boot Windows and connect mouse et al. One thing I’ve learned is that pursuing interests should be as easy as using Facebook. I’ve been listening to The Order of the Phoenix audio book, and it’s pretty easy to listen to, so it was a constant contender for what to do next. The thing is, I will do whatever is the easiest, even if it’s not interesting.

I played the game for a bit, later in the day, but yeah, I didn’t like playing it. I was overwhelmed with 3 castles and 3 heroes to manage, and I had lost as well. I don’t like losing.

Next, I wanted to continue watching a course on Vue.js, because I’m interested in what I can build with it. I told myself that that’s work, and would be boring, and weekend is for resting. I tried to find a solid reason on why I should do it, and in the end, I didn’t start watching it.

But, I watched some videos on critical thinking, and read up on climate change on the NASA site. Those are the minor interests I followed, and I’m glad that I did. That is a real win for today.